A mum from Australia has shared her quick and simple pasta recipe involving two different types of cheese and sundried tomato.

The amateur cook was bombarded with requests for her recipe after posting pictures of a colorful one-pot pasta dish on Facebook.

The mum described the recipe as ‘super easy’ and shared it in the comments section below her post.

‘Pour water and sauce of your choice in the bottom of the baking tin (I went round),’ she said.

‘Then add rigatoni pasta, chop in strips to fit pasta (sundried tomato, string cheese/mozzarella, zucchini, eggplant or whatever filling you like really) and just fill pasta like shells in layers, top with sauce, a little more water and cheese .’

Pour your choice of sauce and water into the bottom of a baking tin. Then add rigatoni pasta vertically into the tin. Fill the pasta shapes with your choice of filling, such as sundried tomato, string cheese, mozzarella cheese, zucchini and eggplant. Top the dish with sauce, water and cheese. Bake in the oven for 40 minutes at 180 degrees.

Fellow foodies were delighted to get their hands on the recipe. One home-cook said, ‘this makes me so happy, I’m having this on Friday!!! Thank you so much.’

The chilled out cook didn’t seem to expect the reaction, saying ‘I just wing my cooking really’.

Despite winging it, the mum was delighted with how the dish turned out, describing it as a ‘masterpiece’ and ‘absolutely delicious.’ 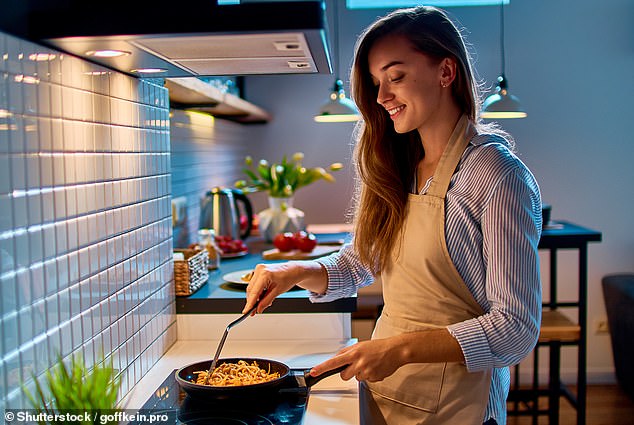 Previously, a clever foodie shared an unlikely hack for keeping crackers, chips and wafers from going stale after the packet has been opened.

Tess Eden, from New Zealand, said crackers can stay fresh and crunchy if they’re placed in the fridge in their open container.

The plant-based kiwi, who goes by Eden Vegan online, wowed thousands with the little-known ‘food waste hack’ she said she ‘thought everybody knew’. 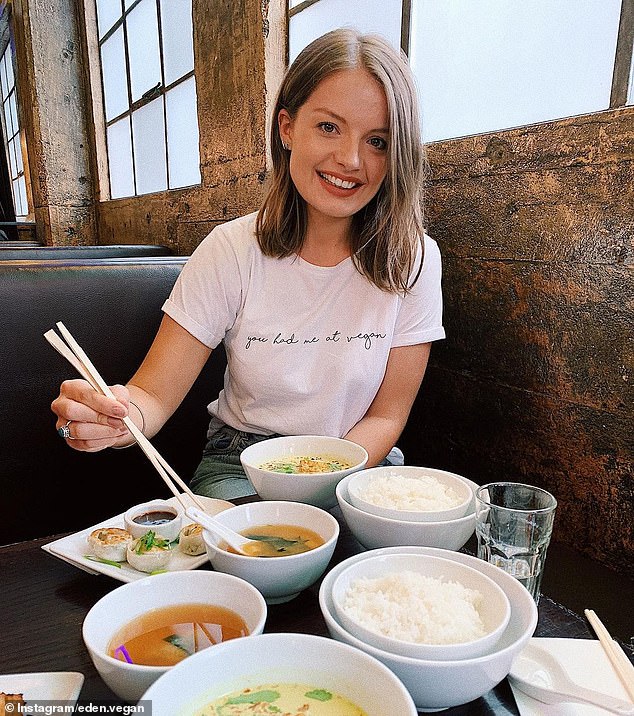 Food blogger Tess Eden (pictured), from New Zealand, has gone viral for her simple trick for keeping crackers and chips from going stale

‘If you have open crackers, chips, rice wafers or rice rounds and if you keep them just like this in the fridge, they wont go stale,’ she said placing the plastic tray in the fridge without its wrapper.

‘You don’t need to find a Tupperware container.’

Viewers in the comments were shocked by the ‘mind blowing’ and simple trick and while some were skeptical, others said they do it all the time.

‘When I first heard this I thought it can’t be right but now I do it with everything chippies, crackers, biscuits!!’ one user said.

Hmmm why don’t I believe you. I will try though,’ replied a second.

‘Chips in the freezer are even better!! They don’t freeze and can last forever!’ a third suggested. 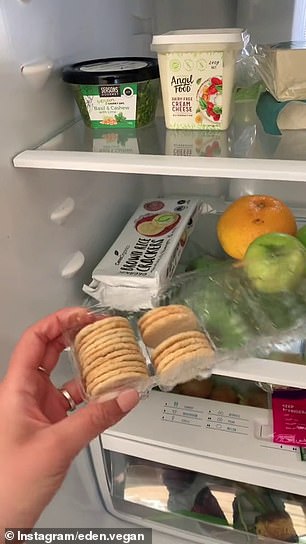 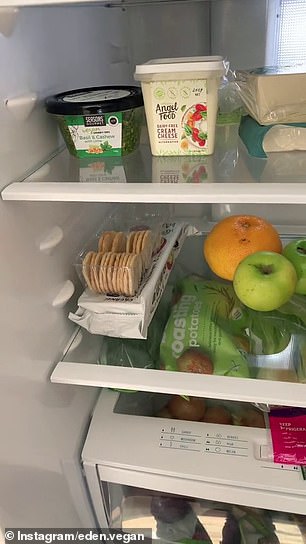 The plant-based kiwi, who goes by Eden Vegan online said crackers can stay fresh and crunchy if they’re placed in the fridge in their open container

One person was worried the crackers would absorb ‘strong smells’ from other foods in the fridge but Tess had a hack for that too and gave advice for those who claimed the trick doesn’t work for them.

‘I keep coffee grounds in my fridge to absorb any scent (red onions etc) and it’s fresh as a daisy,’ she responded.

‘Hot tip – If it’s not working in your fridge, try the freezer your fridge is not very cold,’ she added.